Epigenetics is confusing. It’s one of those scientific concepts, like quantum mechanics or “survival of the fittest”, that are often misunderstood and misapplied. How widespread this confusion is, is made evident by the publication of entire papers dedicated just to clarifying the term [1]. This is problematic not only scientifically, but also socially, as “epigenetics” is now even being used in marketing; typically to push the latest health scam. Hopefully this post can shed a little light on just what epigenetics is.

Epigenetics is the inheritance of a trait that is not due to differences in the DNA sequence.

There’s two key parts here. First, epigenetics is about inheritance of traits. So, if any two individuals differ in a trait, such as the shape of a flower or the color of a seed and those individuals then pass those differences onto their offspring, that’s inheritance. It’s not something that arises in an individual (or even a single cell) for a brief time and then disappears. Epigenetics requires that these differences be passed on across cell division and even across generations of an organisms.

Just as important as what is said in the definition, is what is left unsaid. The definition of epigenetics does not define a mechanism; it only excludes one. This means that any number of biological processes could underlie an epigenetic trait, if they are not due to genetic differences. These mechanisms can operate from the level of regulating DNA (without changing its sequence) on up to the level of protein folding (see “prions”). 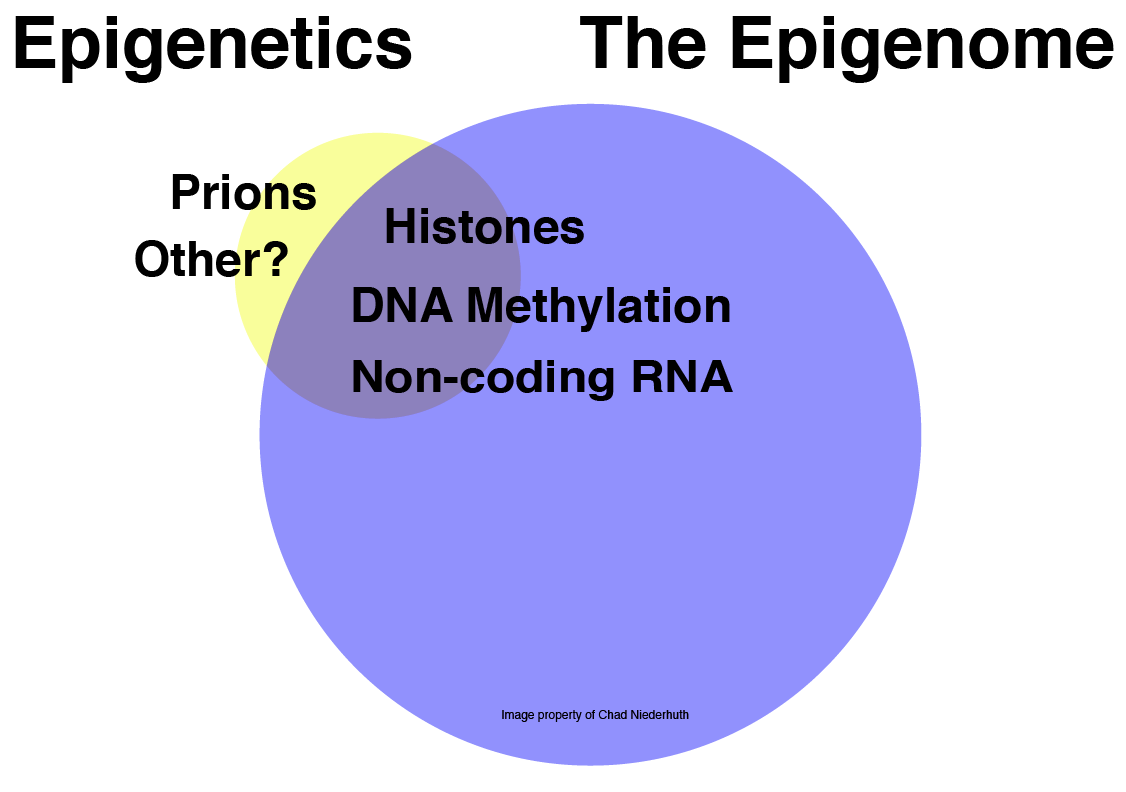 Figure: Mechanistic relationship between Epigenetics and Epigenomics. Note that the area and overlap of the venn diagram is not based on any actual data, it’s just to illustrate a concept.